Welcome to the BIRCH developers wiki!

Presently BIRCH is undergoing a massive user-interface overhaul to improve ease of use and simplify installation.

A windows port of BIRCH, "winbirch" is in development, with the hopes that this will greatly broaden the BIRCH user base.

BIRCH is being migrated to a Git repository, for future developers to be able to use.

BioLegato is the GUI frontend and the "face" of BIRCH. It is the only part of BIRCH that most users will interact with.

A new paradigm for BIRCH

Once BIRCH has been split into client/server/documentation/source modules, it will be accessible in a whole new way: 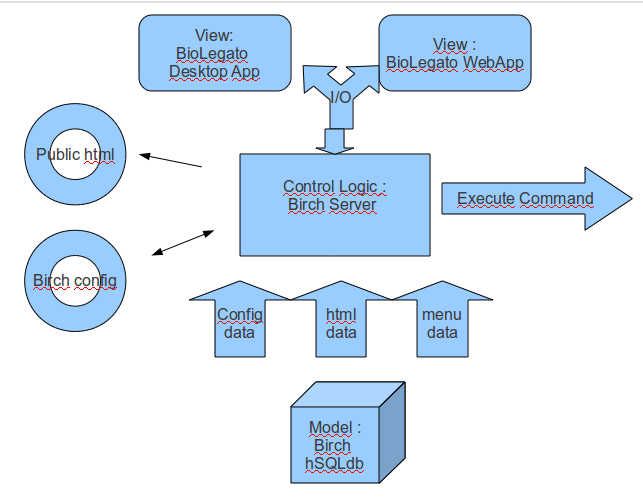 Once the birchdev repo is online

We will need to quickly review the procedures associated with interacting with Git, to ensure that everyone is working together effectively. This is a fantastic opportunity to solidify the development of BIRCH: